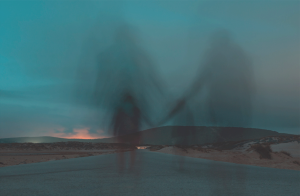 COVID, Shelter, We are here to help you, obey

Government: “You are “ordered” to stay at home unless it is essential.

Citizens: But I can go out if it’s essential.

Government: But when you go out, stay back 6 feet.

Citizens: “So we are in lockdown?”

Government: “No, you can still go in and out of town, do your essential business, your essential travel and of course we essential people in government will be here to help you.”

Citizens: “Oh, so not much has changed.”

Citizens: “So, the Highway Patrol will let us go a few miles over the speed limit. What if I’m 5.5 feet away, do I get a ticket?”

Behavioral science drives everything the progressives in government do.

Government: “Well no, our mathematical models tell us everyone will just follow the nice orders and do as they are told.”

Citizens: “How has that worked for you with “Gun-free zones” and “Safe Spaces” and “Drug-Free Zones?”

Government: “This is different? We used the right words and we offered you an enticement.”

Government: “It just is.”

Citizens: “Is there a curfew? Are you going to arrest me? Who says my travel is not essential?”

Government: “We can fine you or put you in jail. But we might do a curfew. But we try to guilt you into compliance; everyone else is wearing a mask. We think you should”

Government: “The government. We are experts remember?”

Citizens: “Where in the law does it define what is essential.”

Government: “We are worried about that right now, this is a crisis.”

Citizens: “Aren’t you enforcing a few rules that the Constitution says you don’t have the right to meddle in at all.”

Government: “This is a crisis.”

Citizens: “You keep saying that. So, if certain people have written books about the government you don’t like, will that be a crisis?”

Citizens: “You said that before too, but it isn’t, So, if you wanted to set up a lab in my business space, take my people and equipment to make things for the crisis, that would be OK.”

Government: “Some companies have volunteered to do that to help with the crisis. They are woke, are you woke?”

Citizens: “But, would you make them do it if they didn’t volunteer?”

Government: “Probably, and don’t go getting a group of people together to discuss this, just go home and do as you are told. Getting together violates the shutdown rules. Violation is considered a mental health matter.”

Citizens: “But isn’t that the same an ordering me to keep soldiers in our homes like the King of England did to the colonists. Didn’t they tell the colonists they could not get together to ask for grievances – they had a Revolution about that didn’t they?”

Government: “You wouldn’t do that to us, we are the government, we are here to help you. We know best.”

Citizen: Some of the Governors have gone bat-crap-crazy thinking this gives them Martial Law abilities and then some. It is a violation of the Constitution and you are supposed to defend the Constitution, it was in your oath of office.

Government: Well, that’s the States, that’s not us. Besides, I was looking for a few good campaign photo’s out of that whole oath thing and they didn’t turn out well. The Constitution is such an old document, do you think it is applicable today?

Citizens: “But the way you are doing it is a direct violation of how the country was founded. It is a First Amendment issue. You can’t order the public to do something you don’t have the power to order and enforce.”

Citizens: “Very subtle, but the DOJ is already asking for more Constitutional restrictions to be lifted to detain people for as long as necessary under the crisis without a hearing. It’s a violation of the Constitution’s guarantee of a speedy trial.”

Government: “Well that’s just one idea. Did you see the check we sent you?”

Citizens: “Haven’t some of the specialists in emergency management said a general shutdown is not a cure? Have they not also said that economic progress of Business, especially Small Businesses that supply most of our income in tax revenue that will allow the government to operate while dealing with any crisis?”

Citizen: You are arguing over medicines that may help. How is that helping?

Government: “Well you don’t know as much as we do.  We are helping you be safe. Got to close businesses to keep people safe.  Gotta stay apart, gotta have testing and tested medicines.

Citizens: “That’s an entirely Marxist attitude toward the population.”

Government: “You keep saying that. Is there something wrong with you. Perhaps we should have the doctor take a look at you. You seem a little high strung, maybe you are coming down with something. Don’t worry, we are from the government, we are here to help you. This all works out, the Chinese did the same thing. They are on the road to recovery.”

Citizens: “They lie to their people about their statistics, they have no respect for them or their lives. I should feel so much better because we are following the success of a totalitarian dictatorship?”

Government: “See, I told you the government was here to help you.”

Would you like to get pre-reads, pages or notifications on this new book? Sign Up. You will also be the first to know when the eBook will be available free or of giveaways and special events.