The Mountain Valley Wrangler, a clean and wholesome epic

A review by Spencer A. Allen 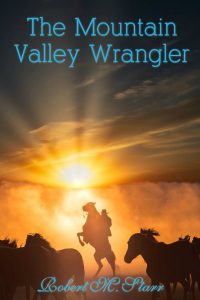 Yes, in my opinion, it is exactly that. The cowboy has his own legend. Some of it has dimmed lately with styles turning to all-cotton stretch fabrics and running shoes, worn by bright young people with more odd hairstyles. They have no couture and no spirit to share with the humble cowboy.

The lead character Will Bartlett in Starr’s novel, The Mountain Valley Wrangler is a quintessential cowboy. Cowboys were not all gunslingers. But, using a rifle or a pistol was often a skill they developed.  Will had worked with cattle for other people in his youth before he became a ranching man in his own right. He is good with kids, polite to women, thoughtful to their neighbors. He is a fine man to have with you in a scrape too. 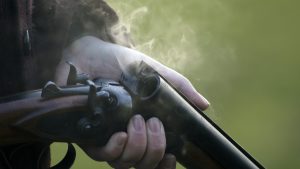 Those who think and live that way, or wish they could,  will like this book. My writing partner, Robert M. Starr, writes about the many Western cattlemen who worked in Colorado, Montana, and other snow-covered states.  The running shoe crowd will not know much about a cowboy. But Starr does. He has lived it, done the job, walked the land, and knows the lifestyle first hand.

A good western cowboy has a big heart. He likes people, horses, dogs, and animals in general. But the cowboy way is equally adaptable by both cowboys and cowgirls. A Western romance is honorable and the boy and girl show respect for each other and their families. A good cowboy can be brash and loud. But he is a little more humble around women but no less recognizable, loyal, or dependable. 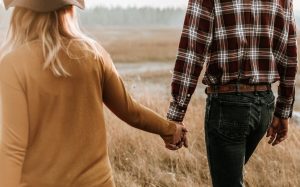 There are all sorts of people who work on a ranch. Some are good people, but they are not cowboys.  But a real no-account person is something a cowboy can spot a country mile away, and a good yard dog won’t let them in the gate. There are some of those people in the world of Will Bartlett too. You never know what will happen when the two get together.

Robert Starr’s Mountain Valley Wrangler is set in Colorado. Author Robert Starr knows the area well. He lived there, hiked the wilderness, and walked the same trails. Will Bartlett is “the wrangler,” and is a pure cowboy in his heart. The cowboy way contains a creed and it has boundaries and he knows them. Knowing your limits and when to proceed or not proceed in something allows you to be relaxed and think calmly in any situation. Will learned those rules well, and sometimes the hard way. But you can count on him. 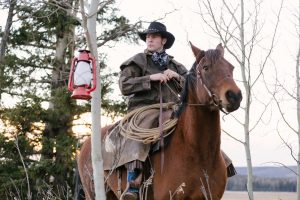 Being a Texan in my youth was also to be a cowboy. One of my favorite books is Texas, a World in Itself by George Sessions Perry.  I’ve read it countless times. In it, Perry wrote,

“[Cowboys]. . . are in a sense an elite corps among ranch hands, unquestionably the proudest men I ever saw. You feel at once that they would not trade places with anyone on earth and that they look upon ordinary mortals. . .  as clearly inferior to themselves. [It is not due to high pay] The astounding fact is that all this enthusiasm concerns a dollar-a-day job . . . handy with a lariat; the carbine and the six-shooter are not strangers to them. Cattle rustlers are likely to find nocturnal egress from the Ranch . . . is sudden death.”

I own horses, cows, done my share of rodeoing, doctoring, delivering, and feeding them all. They seem to be universal on ranches regardless of size. But when I sit down to read, I still read about cowboys of long ago. It was a fuller, richer time, closer to the woods, the mountains, and trees. And of course, the grass, because that is what makes steak taste best. Will Bartlett is The Mountain Valley Wrangler, and I’m sure he would agree with me.

Thanks for hanging out with us:

Please fill out the short form so we may let you know when there is something new, free, or an Advanced Review Copy.

Would you like to get pre-reads, pages or notifications on this new book? Sign Up. You will also be the first to know when the eBook will be available free or of giveaways and special events.