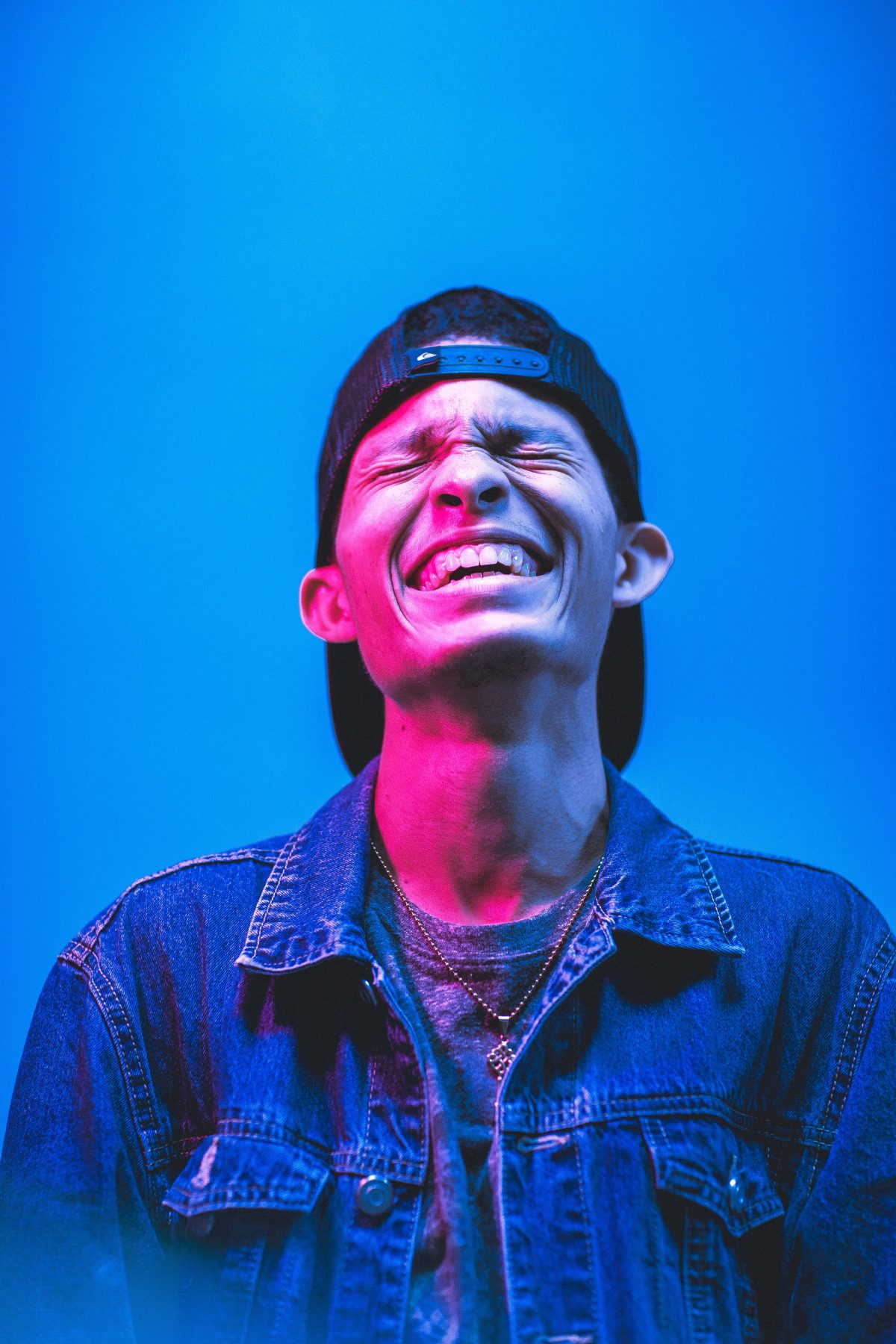 Sam Spradlin was a big man of British lineage, who flew a Hawker Hurricane in the Battle of Britain with a very respectable 14 kills.  Sam followed a nurse from the airfields of WWII to America where they promptly married. He was a pleasant man who loved people. They cared about him because he genuinely wanted to help everyone he came across. That meant he often gave a lot of attention to people who needed help in his auto repair shop. Those who took the most of his time were the auto racers because he was a racer himself. They all knew he had a great sense of humor and looked at the world in an entirely different and humorous view.

Sam shared a building with Chadwick Stang, another Brit, whose expertise was the spinning wonder called the turbocharger. It was an add-on for increased power that had proven itself on several aircraft during the same war were Sam had served. Chadwick however, had served in clean hangers and in places far from battle. The two grandfathers liked each other and at the same time Chadwick was terribly competitive and secretly still a bit awed by Sam the Air Ace – so many years after their war experiences. Often, Sam was the butt of his snide remarks and bad jokes. Chadwick was a bit of a know-it-all and delighted in second guessing Sam. He was happiest when getting the attention of racers who gathered in his office away from Sam. In other words, Chadwick deserved what he had coming.

Chadwick was an engineer and had been an advisor to several aircraft companies on the subject of turbocharger design and manufacture, He sold turbo’s and had several young men either working or hanging out at his shop. They came to learn how to use their turbos and to hear Chadwick brag on the turbo story, his part in it and what racer was using his equipment.  At the time of this story, auto enthusiasts everywhere were discovering that they could add an easy 100 horsepower to their car by adding a turbo. Therefore, turbochargers quickly became the target of thieves hoping to make a fast buck.

One night, two burglars had smashed a window panel at Chadwick’s office and because of a silent alarm, been caught by police while loading turbos into their truck. This was before every policeman had a body camera or it would have shown that for the last two or more minutes of the burglary something funny had happened. The officers arrived quietly. They grabbed the first burglar from behind and noiselessly, pushed him to the ground and handcuffed him. The third officer, who was standing in the dark, went unnoticed by the second burglar, who kept handing boxes of turbos out of the window. The officer took then and waited. The short delay gave the others time to put the first burglar in their patrol car. At a signal the police officers regrouped, grabbed the second man, pulled him through the window and arrested him. Quite the odd little comedy of the absurd! That instance set up the comeuppance of Chadwick Stang.

Chadwick, decided he did not want to call the landlord to replace the window and ordered a piece of glass to do it himself.  He took a long lunch with Sam, dropped by the glazier and picked up his glass. When they got back to the shop, several of the regular hanger’s-on had gathered in Chadwick’s office. He unwrapped the brown paper wrapped glass and discovered it was about on inch too long to fit the opening. There was a round of teasing and harassment from the audience of auto racers aimed at Chadwick for mis-measuring the hole. This put him in his worst state of mind; out of favor with the racers in front of Sam. Chadwick was befuddled, angry at the teasing and very uncomfortable that Sam was watching. He knew Sam would bring this up several times, not just a few days, but years into his future.

Resolved to correct his mistake, he dug in a toolbox, found a forlorn looking glass cutter in the back of a drawer and proceeded to score the glass with a straight edge to shorten it. The technique was to score the glass completely across then turning the tool around tap it with the weighted ball on the handle. The shorter piece was supposed to crack off along the scribed line. A person experienced in this art could cut several pieces of glass in a few minutes without problem. Chadwick, however, was not experienced and failed to properly score the glass. When he tapped the crack, rather than follow the scoring like it was supposed to, the break ran off at a 30-degree angle. The only thing left to do was buy another. Sam took the tool and hammered the piece of glass into several bits.

“Why did you do that,” Chadwick whined”

Sam grinned, “To keep you from taping it together and putting it in the window.” The other men in the room knew Chadwick well and knew his tendency to “cheap-out” when that sort of thing happened. Chadwick was steaming as Sam grabbed the closest receptacle and swept the glass fragments into it. “That’s my manufacturer’s award trophy from Garretson you idiot.” Chadwick was livid. The racers howled at his discomfort.

Sam measured the window and sent his parts runner back to the glazier for a new piece of glass. As the runner left, Sam saw a uniformed service tech enter the shop across the street. The seed of an idea took root and blossomed. He moved away from the other racers. Sam watched for the man to come back out and as he waited, intercepted the runner with the new piece of wrapped glass. Sam took it, walked across the street and caught the service tech just as he came out of the building. The man was someone who he a spoken to on several occasions at a local restaurant and wore a generic uniform with a name patch on the left pocket side of his shirt. He had exactly the right look for Sam’s plan.  In a moment, Sam had the man enlisted in his scheme. Sam went back across the street and waited in the office until the service tech walked through Chadwick’s door. When he did, he was holding the new piece of brown paper wrapped glass.

“Hi,” said the service tech, “Sally sold you the wrong piece of glass this morning, she wanted me to swap with you. This one is yours, if I could get the other. Looks like you haven’t put it in yet.” The man motioned to the empty window pane in the office.

“I don’t have any glass” Chadwick said, getting up and leaving the office. On his way out the door he said, “Don’t know what you are talking about.”

With that Sam knew what to do. He spoke quietly to the service tech who went outside and pretended to make a call on what was then a modern mobile phone; the Motorola Dyna-Tac also called a brick phone. The peanut gallery of racers watched and wondered what would happen next. Just about the time Chadwick came back, the service tech came back too at Sam’s direction. A couple of the men noticed and exchanged whispers, waiting to see what happened.

“Sir, I called Sally, she said if you would just check your glass, you will find it’s too big.”

“I don’t have any glass,” Chadwick sputtered. “Just leave I can’t help you.” Chadwick’s voice had risen several decibels. That and his general discomfort made him look a bit like Barney Fife trying to explain himself to Sheriff Taylor.

“Oh, Chadwick give him the glass, maybe he can do something with it.” At the same time, Sam handed the tech the trophy where he had swept the glass shards. The room erupted with laughter. The tech took the trophy and left.

“Come back here with my trophy.” Chadwick howled.

By then several of the men in the room had figured out it was all Sam’s doing. Sam went out and got in the service truck with the tech and took him to lunch, spurring another round of laughter. The joke was all anyone talked about for a week.

It’s never good to make fun of a person who you think is a push-over; the kind of person who is helpful and kind. Creation has it’s own way of spinning the globe into position for them to point out your foolishness. Kindness and honest effort on the part of other people is not weakness, it’s maturity. The kind, honest and meek in appearance will not engage you in endless debate. But in the end, they will put an end to foolishness and bad behavior. This is a lesson that children and those adults who act like them must often learn the hard way. Spence Allen